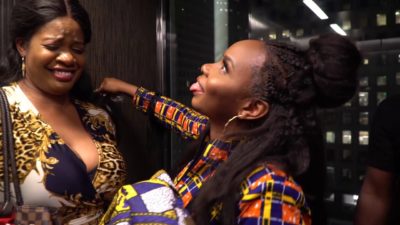 Rebel Movement presents a new documentary detailing highlights from the U.S leg of Yemi Alade‘s “Black Magic Tour”, in support of her third studio album of the same name.

The documentary sees the award-winning performer aided by her Ova Sabi band in actions as the thrilled at the Essence Street Style Fest in New York, Alade’s headline concert in Houston as well as her award win and stint at the 2018 edition of the Annual African Muzik Magazine Awards (AFRIMMA).

The documentary also highlights a few challenges faced when touring outside the African continent. The docu-clip is both informative and entertained.